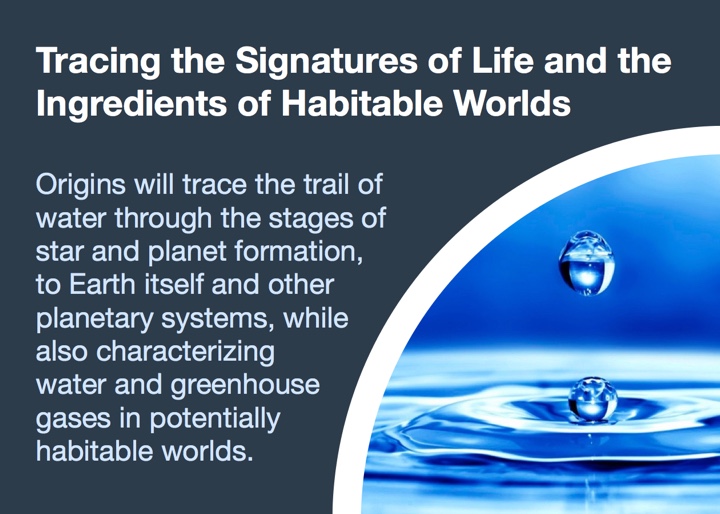 Water Content of Planet-Forming Disks: Create a comprehensive Galactic census of the water content in >1000 planet-forming disks around young stars of all masses at disk radii of 1-100 AU. This goal will definitively answer the question of whether water is universally abundant and available as an ingredient for habitable planets.

Water Transport to Terrestrial Planet Zone: Observe gas-phase water in interstellar clouds and dense star-forming cores to probe critical processes related to formation and transport of water to the terrestrial planet zone, as a key input to habitability.

Ice/Rock Ratio in Protoplanetary Disks: Determine the range and typical value of the ice/rock ratio in protoplanetary and debris disks across the stellar mass range and at all evolutionary stages.