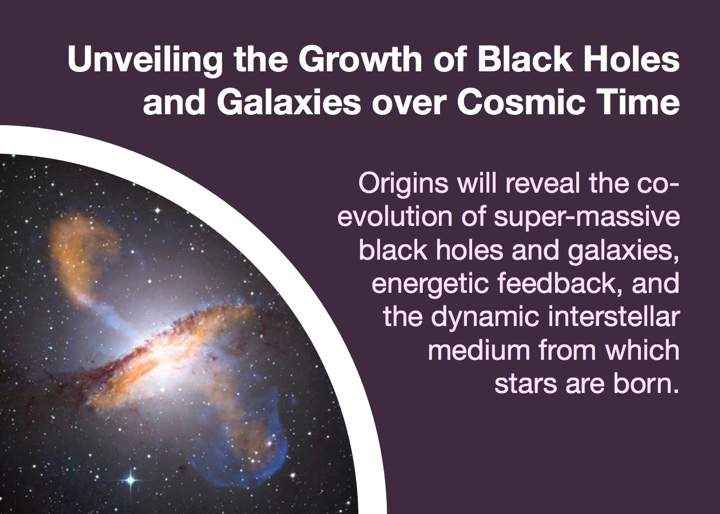 Connection between Black Hole Growth and Star Formation over Cosmic Time: With large statistical samples of galaxies, we will separate the SF and AGN emission based on robust MIR/FIR diagnostics to determine the cosmic SFRD and BHARD from the peak through Reionization.

Magnetic Fields and Turbulence - Role in Star Formation: We aim to understand the role of magnetic fields and turbulence in star formation, connecting galactic-scale physics to protostellar cores.

Galaxy Feedback Mechanisms at z<1: Characterize the mechanisms of feedback from AGN/star formation across the spectrum of galaxy masses and types and quantify the amount of material recycled/expelled from galaxies at z<1.

Role of Environment in Galaxy Evolution: Understand the role of environment on galaxy evolution by mapping dust-obscured galaxies onto the cosmic web.

Regulating the Multiphase ISM: Establish the interstellar processes that maintain a multi-phase ISM, regulate the transition of gas between phases, and form molecular clouds.